ADCs consist of highly potent cytotoxic agents conjugated to antibodies through a specific linker. This molecular format enables the highly selective delivery of any payload to the diseased tissue, while healthy parts of the human body are spared. To date, ADCs generated with conventional methods have faced the following challenges:

We are pioneering a technology enabling fast and precise production of ADCs using our proprietary peptide linkers. Our innovative approach has the potential to set new benchmarks in terms of development, analysis and performance. The following properties contribute to the high efficacy and low level of toxicity observed so far with our ADCs:

Parent antibody can be used ‘off-the-shelf’

No need for engineering or antibody reduction.

Araris ADCs have favorable physicochemical properties, are stable in serum and do not change the properties of the parent antibody.

ManagementBoard of DirectorsScientific Advisory Board 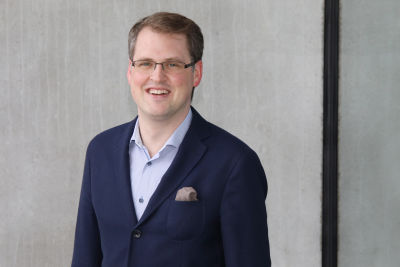 As the inventor of the Araris Linker Technology, Philipp has a profound background in Bioconjugation and ADCs. He obtained his Master’s Degree and PhD from ETH Zurich at the interface of Material Science and Protein Engineering. During his post-doctoral work at PSI, he introduced the novel approach using transglutaminases for antibody conjugation that led to the discovery of the Araris Linker Technology. 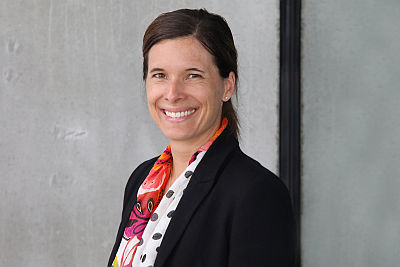 Isabella holds a Master’s Degree in Molecular Biology from University of Basel and obtained a PhD in Tumorimmunology from University of Zurich (UZH). Before joining Araris, she served as Director Pharmacology at Covagen, a Swiss Biotech that was acquired in 2014 by Cilag GmbH International, an affiliate of the Janssen Pharmaceutical companies of Johnson & Johnson. She was in charge of the pharmacological characterization of various FynomAbs during pre-clinical development that entered clinical testing. 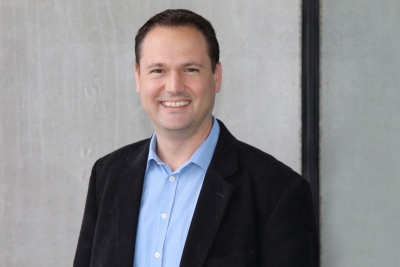 Dr. Dragan Grabulovski Co-founder and Chairman of the Board

Dragan received his Master’s degree and PhD in Pharmaceutical Sciences from ETH Zürich. From 2007 to 2014 he was co-founder and CSO of Covagen, a Swiss biotech company acquired in 2014 by an affiliate of the Janssen Pharmaceutical Companies of Johnson & Johnson. He was instrumental in Covagen’s trade sale to Johnson & Johnson, in establishing deals with Roche and Mitsubishi Tanabe and in the closing of Covagen’s CHF 45M ($44.5M) Series B round in 2014. Since 2015 he is a serial entrepreneur and Biotech consultant at Grabulovski Consulting Services. 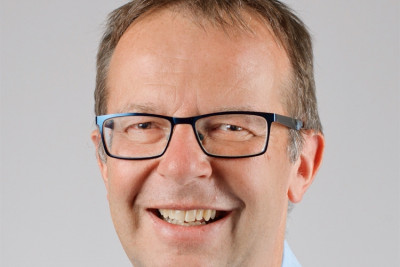 Martin Behe received his PhD in anorganic chemistry at the University of Basel. He worked at the University Hospitals in Göttingen, Marburg and Freiburg in Germany where he established a group for peptide-based radiopharmaceuticals and its production. Since 2011, Martin Behe leads the Pharmacology group at PSI, where the Araris Linker Technology took its first steps. He has an extensive background in peptide chemistry, peptide labelling and conjugation as well and critically contributed to development of radio-labelled compounds that are used in the clinic. 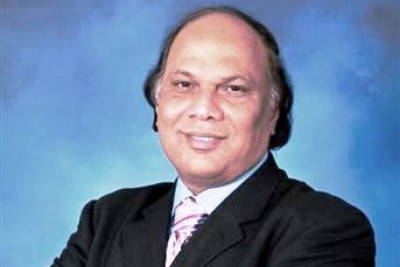 Rakesh Dixit is an accomplished executive, inventor, and scientist with over 30 years of success with top biotechnology and pharmaceutical companies, including Merck, Johnson & Johnson, and Medimmune - AstraZeneca. Rakesh was selected by his biopharmaceutical peers as the 100 Most Inspiring People in the Pharmaceutical Industry by PharmaVOICE in 2015. From 2006 to 2019, Rakesh was a Global Vice President of the Biologics R&D at Medimmune - AstraZeneca, where he was a pivotal contributor to the approval of Imfinzi (anti-PD-L1 mAb) for the treatment of lung and bladder cancer; Fasenra (anti-IL-5R afucsolytated mAb) for asthma; Brodalumab (anti-IL-17) in collaboration with Amgen for Psoriasis and Moxetumomab pseudotox (anti-CD22-PEA immunotoxin) for hairy cell leukemia. Rakesh has unique expertise in the development of biologics (e.g., monoclonal antibodies, bispecific biologics, antibody-drug conjugates, fusion proteins, peptides, gene and cell therapies, etc.) and small-molecule biopharmaceuticals. His areas of expertise include discovery, early and late preclinical development, safety assessment, DMPK and translational sciences. 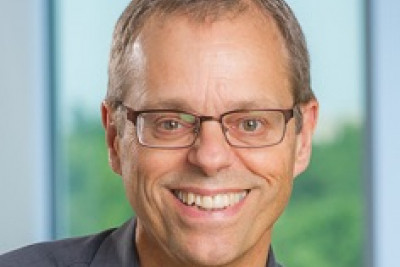 John Lambert joined ImmunoGen Inc. in 1987 and played an important role in translating the technology of ImmunoGen into antibody-drug conjugate (ADC) clinical development programs. These efforts ultimately led to Kadcyla®, one of the first ADCs that was approved by the FDA as well as many additional ADC programs that continue to be developed by ImmunoGen and its partners.  He is the author/co-author of more than 120 peer-reviewed scientific publications. In 2016, Dr. Lambert was elected as a Fellow of the American Institute for Medical and Biological Engineering (AIMBE). Prior to joining ImmunoGen, he served as Assistant Professor of Pathology at the Dana-Farber Cancer Institute of the Harvard Medical School. Dr. Lambert holds a PhD in Biochemistry from University of Cambridge in England and completed his postdoctoral work at the University of California at Davis and Glasgow University in Scotland. 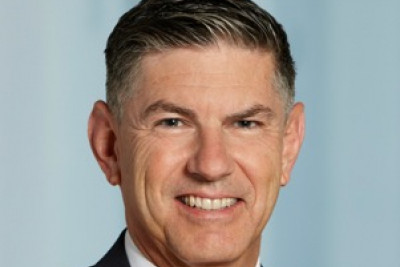 Roger Schibli received his PhD in organic chemistry at the University of Basel, followed by a post-doctoral fellowship at the University of Missouri-Columbia. Since 2010, Roger Schibli holds a full professorship at the Department of Chemistry and Applied Biosciences (ETH Zurich) and heads the Center for Radiopharmaceutical Sciences ETH-PSI-USZ. Roger Schibli pioneered the use of transglutaminases for the site-specific modification of antibodies in his labs at PSI and ETH Zurich more than 10 years ago and is author of many key scientific publications in that area of research. He supports us with his in-dept knowledge about enzymatic modifications of antibodies as well as linker design which is core to the Araris Linker Technology. 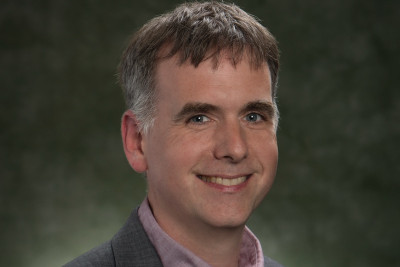 L. Nathan Tumey is an assistant professor of medicinal chemistry in the School of Pharmacy and Pharmaceutical Sciences at Binghamton University.  He joined Binghamton University in 2017, following 15 years of experience in the pharmaceutical and biotechnology industry. Between 2009 - 2017 he was a team leader for the ADC discovery efforts at Pfizer.  In this role, he led a group of bioconjugation and bioanalytical scientists that designed and synthesized antibody-drug conjugates for use in oncology applications. He received his PhD in chemistry from Duke University in 2001, under the supervision of Michael Pirrung. His research team at Binghamton University focuses on the application of antibody-drug conjugates and related technology for the treatment of auto-immune disorders and rare diseases. Additionally, his lab investigates bioconjugate stability, ADC linker design and new targeted drug-delivery modalities. 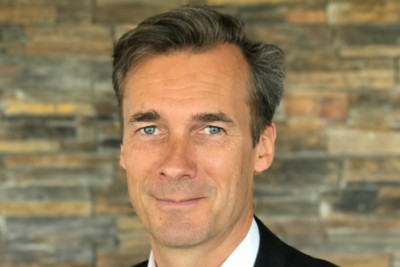 Dominik Escher is a founding partner of Pureos Bioventures. He is also president of the Swiss Biotech Association and a co-founder and Executive Chairman of CDR-Life. Previously, he was a founder and CEO of ESBATech, which was acquired in 2009 by Alcon (Novartis) for USD 589 million. As a biotech entrepreneur, he raised USD 90 million for ESBATech to develop novel antibody fragments from discovery to clinical proof-of-concept, delivering multiple clinically successful products (e.g. Beovu). Dominik obtained his Ph.D. in Molecular Biology from the University of Zurich and also holds a Masters Degree in Education with specialization in Management and Organization from the ETH of Zurich. 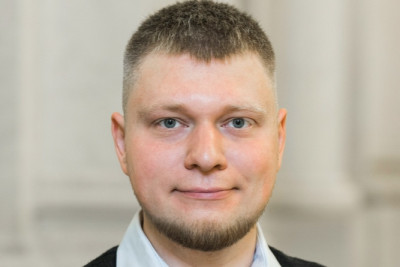 Dmitry ‘Dima’ Kuzmin MSc (Oxon) PhD MRSB MIoD is the co-founder and managing partner of 4BIO Capital, a London-based investment firm focused on advanced therapies and a pioneer of advanced therapies investments. Before founding 4BIO, he served in several academic roles with research interests spanning structural biology and rational design of ion channels, optogenetics, gene therapy of neurological and psychiatric diseases, brain-computer interfaces, and information processing in the brain. He serves or served in the past on several company boards, including Araris Biotech, Redpin Therapeutics, RetroSense Therapeutics (acquired by Allergan), and others. 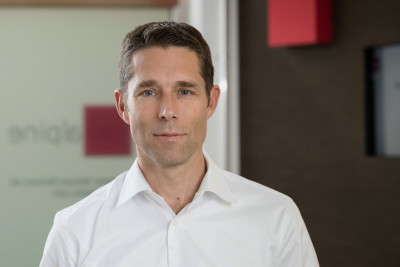 Michael Sidler has co-founded Redalpine Venture Partners in 2007 and acts as General Partner for the Redalpine funds. Before Redalpine, Michael was responsible for corporate investments and M&A at Prionics AG, a Diagnostics / Biotech company in Schlieren, Switzerland, where under his guidance several acquisitions have been completed. From 1998 to 2003, Michael was with The Boston Consulting Group in Zürich and Toronto as a Consultant and Project Leader in several different industries (e.g. eBanking, Insurance, Automotive etc.) and roles. Michael Sidler holds a PhD in Life Sciences from University of Zürich. He is a member of several organizations, juries and boards for the support of innovation and startups (Venturekick, Swiss Startup Finance) and leads the VC chapter of SECA. 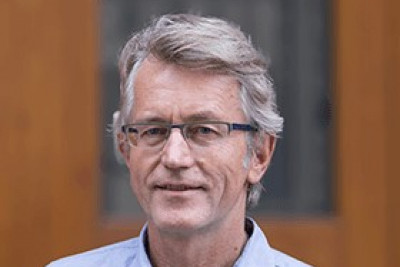 As a Managing Partner of VI Partners Arnd Kaltofen is focusing on Healthcare investments. He has collected a long-standing experience in building and exiting ventures. He served on boards of companies such as Esbatech, Kuros Biosurgery, Activaero or Ganymed Pharmaceuticals. In his previous career he built a team dedicated to venture capital transactions in the healthcare industry for KPMG Corporate Finance. He gained his entrepreneurial experience in several medical device and digital health startups. As an MD he started his professional career as an anesthesiologist and in research. Arnd Kaltofen also holds an MBA as well as a Postgraduate Degree in Computer Sciences. 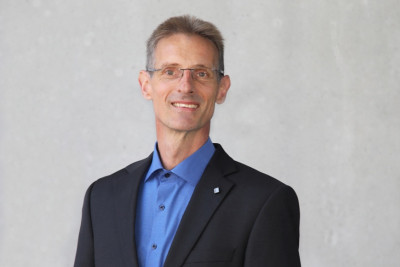 Bernd received his Master’s Degree from University of Surrey, Guildford, UK in applied toxicology and his PhD in Immunology from University of Würzburg (Germany). Prior to joining Araris, Bernd worked as Vice President Oncology Research at Molecular Partners AG. Before that he worked at Janssen/Covagen AG, Merck Serono as well as at Micromet. In these positions he was responsible for the Discovery, Pharmacology, Toxicology and DMPK activities in close collaboration with CMC, Clinical Development as well as Regulatory Affairs ensuring smooth and successful project transitions from research into early and late-stage clinical development. Bernd has in-depth experience in targeted cancer therapy and the development of novel immuno-oncology modalities (e.g. blinatumomab).

Really happy about being listed among so many great companies in Switzerland in Labbiotech.eu.

We are very excited to announce that Araris Biotech AG has appointed Dr. Bernd Schlereth as Chief Development Officer. A warm welcome to the team, Bernd, we are very happy to have you on board!

Read about the main issues of the first, second, and third generations of ADCs in the MedNous article below and how we at Araris Biotech AG challenge them.

Araris Biotech AG is excited to announce the completion of a CHF 15.2 Million Seed Financing Round 22/10/20

The new funds will be used to nominate a clinical candidate and advance Araris’ lead programs into preclinical and clinical development, as well as to support the development of a broad proprietary pipeline of ADC compounds.

The investment round is led by: Pureos Bioventures with new investors 4-BIO Capital and btov Partners and existing investors Redalpine, VI Partners and Schroder Adveq.

Fun insights about our CEO and the Araris Crew...

Pitch session organized by the American Embassy. A great opportunity to present, thanks Venturelab and Ambassador McMullen for the organization.

We are very proud to be chosen among 60 high quality applicants and are looking forward to the experience and learing on the roadshow in Boston.

Swiss Female Entrepreneurs to Watch - Isabella Attinger-Toller, Araris Co-founder, is one of them! 03/03/20

Zedira published a high level summary on the core of the Araris Linker Technology.

The Venture Kick jury awards MOBBOT and Araris Biotech 130,000 francs each to accelerate the engineering startup and drug-discovery spin-off's speed-to-market. The Swiss startups’ innovations in material science and biotech will benefit the construction and pharmaceutical industries.

How to get to us